“This year, we believed that our community would continue to support our agencies and we would meet our goal 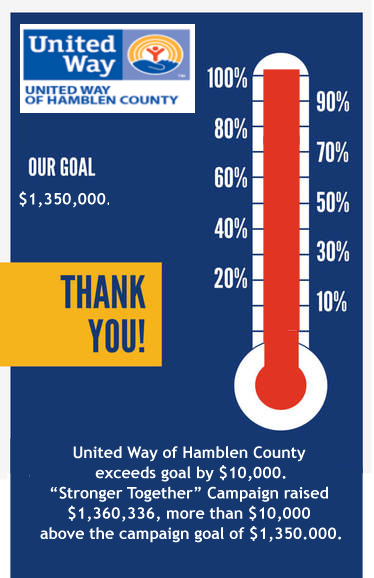 once again because we are ‘Stronger Together,’” 2021 Campaign Chair David Slack said.

The Budget and Allocations Committee met with United Way agency directors in May of 2021 to review budgets, programs and requests for continued or additional funding. The meetings resulted in a unanimously approved campaign goal of $1,350,000. “There were 227 volunteer hours, over the course of four evenings spent to determine agency allocations,” Committee Chair Drew Rowe said. “The committee is charged with the responsibility of making sure the community’s contributions to the United Way of Hamblen County are used responsibly.”