Since our founding in 1955, hundreds of volunteers have come together each year with one purpose in mind: to meet the needs of the community! The consistent, tireless efforts and unified strength of this organization’s volunteers serve as the backbone of each successful fund-raising campaign year after year. The United Way of Hamblen County has recognized the hard work and dedication of its volunteers throughout its existence, but decided to formally honor an individual volunteer each year who exceeds the call of duty, going above and beyond the average expectation.

First presented in 1976, the award is named for Joe Q. Dougherty, a long-time volunteer with us and employee of the award’s original sponsor, American Enka. Dougherty served as President of the “United Fund” (our name for a few years) Board of Directors in 1959 and Campaign Chairman in 1961. We present this award at our Annual Meeting at the culmination of the campaign as a prestigious way to say THANK YOU for all that you do — because we couldn’t do all that WE do without YOU.


Giving to united way is giving back to our community! 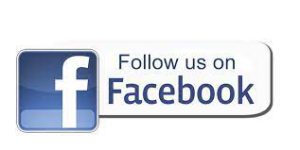